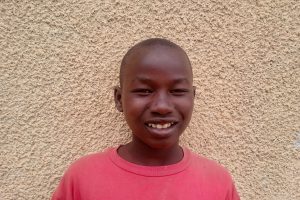 Glen join IHF in 2017 after having suffered an injury during a conflict in his community He had never had the opportunity to attend school and spoke no English and very little Kiswahili when he arrived. He initially had to attend nursery school which was hard as he was so much older than the other children, now he is in Primary School and is performing at the top of his class. His family is very proud of Glen and would like us to potentially help other members of the family (we hope to bring his brother next year). Glen loves Math, English and CRE. When he first saw the IHF center and its farm he said it was nice that the air was clean and that the wind blew. He is also pleased that the soil is good and that the vegetation is green, something which is very different from what he was used to back home. Having seen Nakuru he now hopes one day to travel to other parts of Africa and would like to see Uganda.